From on-the-ground reporting on the Taliban’s blitzkrieg through Afghanistan to deep contextual reporting on the racial reckoning taking place in American society, military veterans have shown extraordinary intellect, ethics, and tenacity that will distinguish them among the present generation of journalists. This live panel will introduce attendees to three journalists who have contributed meaningfully to the growing body of work by military veterans in journalism. They will share stories from their reporting experiences and discuss the work they aspire to in the coming years. Marine Veteran and podcast producer Justine Davie will guide this discussion, which will focus on the different phases of each panelist’s career and personal anecdotes about the work they have brought to the public. 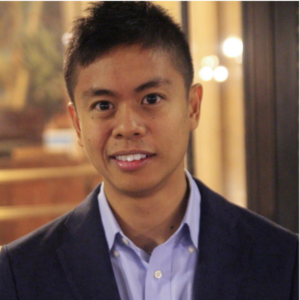 J.P. Lawrence reports on U.S. military activities in the Middle East for Stars and Stripes, and has reported prolifically on the ground in Afghanistan for the past four years. He reported on the historic ceasefire, journeying to a Taliban stronghold, and most recently on the chaotic and unceremonious withdrawal of U.S. forces and their partners from the country. He has written about zombie bases, bombings, drought, battles with ISIS, and peace prospects, with his own photography accompanying much of his on-the-ground work.

Before Stars and Stripes, Lawrence wrote for the Albany Times Union, San Antonio Express News, and as a freelancer. His stories have appeared in the Associated Press, the Intercept, VICE, the Guardian and the New York Review of Books.

Lawrence, a first-generation immigrant from the Philippines, served in the U.S. Army Reserve from 2008 to 2017. He graduated from Columbia Journalism School in 2015, where he wrote his master’s thesis on the fates of injured nationals working as contractors in support of America’s foreign wars. He also graduated from Bard College, where he served as the editor-in-chief of the Bard Free Press. 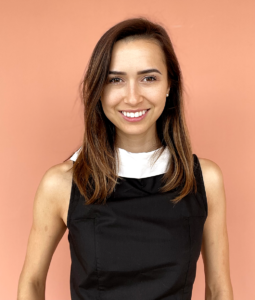 Clara Navarro is a Public Affairs Officer in the United States Navy. She is wrapping up a tour in Naples, Italy, where she has worked for two years as Media Officer for the Navy’s Europe, Africa, and Southwest Asia region.

Her expertise in communications has enabled her to help military leaders and partner nations to develop and maintain diplomatic relations by releasing clear, accurate and timely information under her attribution. She previously served as the deputy public affairs officer aboard the aircraft carrier USS Abraham Lincoln. She is a dedicated storyteller, beginning her transition out of the military.

Navarro is scheduled to begin an internship at National Public Radio with All Things Considered in January. 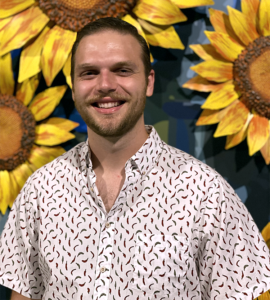 Davis Winkie is an Atlanta-based reporter who covers the Army for the Military Times family of newsmagazines. He works tirelessly to keep military’s largest branch honest, penning stories ranging from personnel issues to document-driven accountability journalism.

Before taking the reins full-time at Military Times, Davis worked as an editorial fellow. He also previously worked as a researcher for CNN’s editorial fact-checking division, The Row, where he fact-checked and verified attribution for TV scripts and features, digital articles and longform projects.

And prior to his career in journalism, Davis was a historian who worked as project archivist for the Atlanta History Center’s veterans oral history initiative.

Davis has a master’s degree in military history from the University of North Carolina at Chapel Hill, a graduate certificate in public history from the University of West Georgia, and a bachelor’s degree with dual majors in history and classics from Vanderbilt University, where he played football. Davis’ graduate work won fellowships, grants and awards from a Mellon Foundation initiative and the Marine Corps Heritage Foundation, among others.

Davis also serves as a human resources officer in the North Carolina Army National Guard. He received the NGAUS Theodore Roosevelt Leadership Award for Company Grade Officers following two successful tours on COVID-19 response and a state activation related to the January 6 insurrection. Davis initially enlisted as an officer cadet in 2017 through the Simultaneous Membership Program. 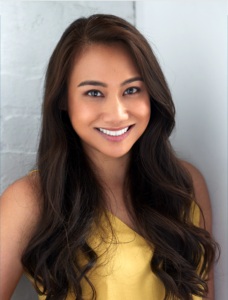 Justine Davie is a producer in New York and a Marine Corps veteran.

Davie was previously the host and producer of the news podcast Skimm This, which debuted at #1 on ApplePodcasts and was featured on Apple’s list for “Essential Listening for COVID-19.”

Davie served in the U.S. Marine Corps as a public affairs officer and deployed to Afghanistan in 2010-2011 where she managed the media embed program in Helmand Province, working with journalists from organizations that included the BBC, New York Times, Washington Post, Associated Press, NBC News, and Time Magazine. She is currently a Major in the U.S. Marine Corps Reserve and serves Communication Directorate New York as a scripted entertainment, media, academia and industry liaison.

Our Veteran Showcase is sponsored by
the Reynolds Journalism Institute

The Donald W. Reynolds Institute (RJI) works with the news industry, professors, students and others to make sure journalism has a long and bright future. As a “think-and-do” tank that opened its doors in 2008, RJI uses its guaranteed funding to work exclusively to strengthen journalism in the service of democracy. It’s part of the Missouri School of Journalism.