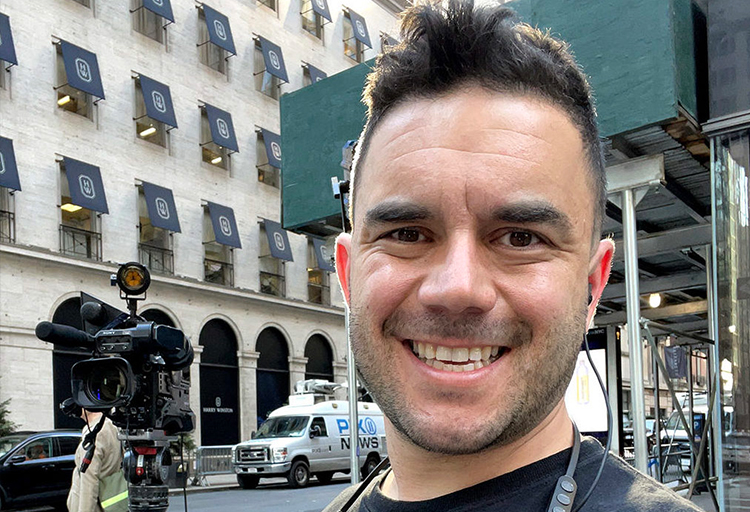 Russell Midori is a news photographer and editor for WPIX channel 11 in New York City and a documentary filmmaker for Drum Circle Media. He has produced prime-time documentaries, features, and breaking news for CBS News in Iraq, Kurdistan, Korea, India, Mexico, the Dominican Republic, and all around the U.S – typically reporting on conflict, crime, and civil unrest. He worked as a cinematographer and researcher for VICE News on HBO, and he has produced independent investigative documentaries in Haiti, Standing Rock, and New York.

Russell is an Overseas Press Club Foundation board member, a frequent guest lecturer at colleges and universities, and he volunteers as an alumni mentor for students in the Brooklyn College Radio and Television department. But he spends the bulk of his volunteer energy working as the program director for the MVJ Mentorship Program. In that role he connects seasoned journalists with transitioning veterans to advance their careers, soften the civilian/military divide, and promote newsroom diversity.

Russell used the post-9/11 GI Bill to earn a master’s degree in investigative journalism from Columbia University, and is the recipient of a college Emmy, an Overseas Press Club Foundation award, and a Mark of Excellence Award from the Society of Professional Journalists.

He served as a combat correspondent in the Marine Corps from 2008 – 2012 working as a video producer for Marine Forces Europe and Africa and the NCOIC of the Parris Island Public Affairs Office. During his enlistment he held the rank of sergeant and was twice named an honor graduate of courses at the Defense Information School.

You can learn more about him on his portfolio site at www.russellmidori.com and be one of the first to follow him on Twitter @russellmidori.