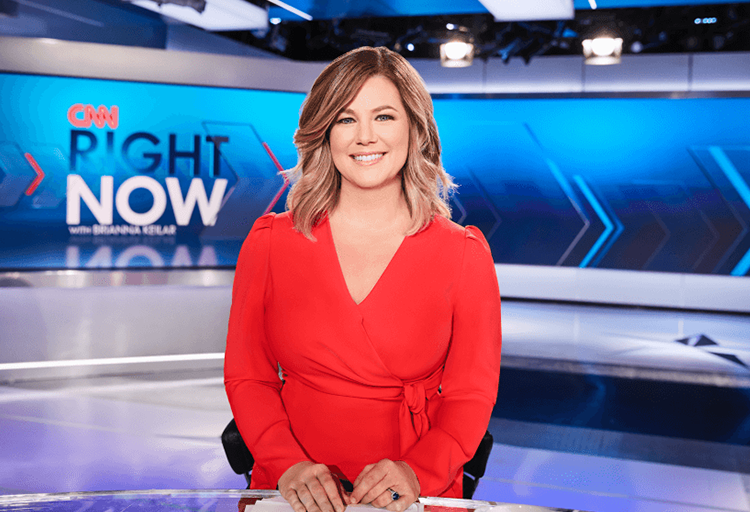 Brianna Keilar is anchor of CNN’s morning show “New Day,” airing Monday through Friday from 6 to 9 a.m. Previously, Keilar was anchor of “CNN Right Now,” which aired weekdays at 1 p.m. and included reporting on the day’s biggest stories, as well as hard-hitting interviews with major newsmakers. Throughout 2020, Keilar played a pivotal role in the network’s expanded coverage of the coronavirus pandemic. She has also pushed for increased government accountability through her regular “Roll the Tape” segments on a wide variety of political topics and figures. Keilar is also the author of Home Front, a column that focuses on military families in hopes of bridging the military-civilian divide.

Prior to becoming an anchor in November 2018, Keilar was CNN’s senior Washington correspondent, responsible for covering important stories on politics, policy and breaking news in Washington. During the 2016 presidential campaign, Keilar served as the lead reporter covering Hillary Clinton and the Democratic field. Keilar also served as senior White House correspondent for CNN, reporting on the Obama administration from the nation’s capital and from around the world. In this post she covered several key stories for the network from the government shutdown to Obamacare, for which she earned a 2014 Aldo Beckman Memorial Award from the White House Correspondents’ Association. In addition, during America’s Choice 2012 coverage, Keilar reported on President Obama’s campaign, the Democratic National Convention, and contributed to the network’s Emmy Award-winning election night coverage.

Prior to covering the White House, Keilar served as a congressional correspondent, responsible for covering the activities of both the U.S. House and Senate. For her fall 2008 coverage of the $700 billion bank bailout, she was awarded the National Press Foundation’s Everett McKinley Dirksen Award for Distinguished Reporting of Congress. Prior to covering Congress, Keilar served as a general assignment correspondent for the network, reporting on a wide-range of stories, including the 2007 Virginia Tech massacre, where she was the first CNN correspondent on the ground.

Keilar first joined CNN in 2006 as a correspondent for CNN Newsource, where she provided breaking news coverage and reported from the nation’s capital for approximately 800 CNN Newsource partner stations. She joined Newsource from CBS News where she served as an anchor, reporter and producer for a CBS newscast that aired on mtvU, MTV’s college network. She was also a fill-in anchor on CBS News’ overnight newscast, Up to the Minute, and a freelance reporter for CBS Evening News Weekend Edition.

Prior to working for CBS, Keilar was a general assignment reporter in Yakima, Wash., for the CNN and CBS affiliate, KIMA-TV. During that same time, she also worked in radio as a morning show personality and weekend news reader. Keilar began her journalism career as a production assistant and intern at KTVU-TV, a CNN and FOX affiliate in San Francisco.

Keilar graduated Phi Beta Kappa with bachelor’s degrees in mass communications and psychology from the University of California, Berkeley.