The founders of Military Veterans in Journalism, Zack Baddorf and Russell Midori, will open and close the first day of the convention with their welcome speech and concluding remarks. Zack will discuss some of the founding ideas around MVJ, including the surprising information that despite the nation’s last 20 years at war, America’s newsrooms have been shockingly negligent in hiring reporters who know these conflicts and their impacts best — our veterans. Russell will unveil the updated MVJ Mentorship Program and discuss essential training opportunities MVJ is providing to its members with industry partners such as Poynter and Knight Foundation.

Executive Director and Founder of MVJ 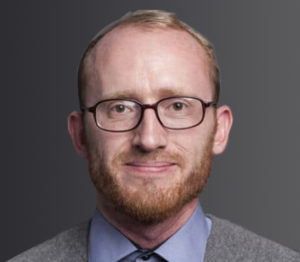 Zack Baddorf is a journalist and filmmaker with more than 15 years of experience producing award-winning stories from more than 30 countries, including Syria, Iraq, Ukraine, Afghanistan, Pakistan, the West Bank, and Kashmir, as well as rebel-held territory in Sri Lanka and Burma.

While based in the Central African Republic, he broke the news of the American military ending its mission against the Lord’s Resistance Army. His in-depth reporting on the Syrian town of Moadamiyah contributed to humanitarian access being granted to besieged people there. Weeks before Russian troops invaded Crimea, his reporting from the peninsula highlighted its political importance in the conflict.

Zack worked as director of video for the International Center for the Study of Violent Extremism, crafting anti-ISIS videos. For a year in Afghanistan, he worked on rural, remote bases for the U.S. Special Operations Command as a civilian videographer, alongside Green Berets, Navy SEALs and Afghan security forces.

President and Founder of MVJ 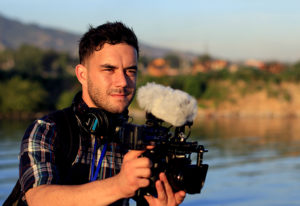 Russell Midori is a news photographer and editor for WPIX channel 11 in New York City and a documentary filmmaker for Drum Circle Media. He has produced prime-time documentaries, features, and breaking news for CBS News in Iraq, Kurdistan, Korea, India, Mexico, the Dominican Republic, and all around the U.S – typically reporting on conflict, crime, and civil unrest. He worked as a cinematographer and researcher for VICE News on HBO, and he has produced independent investigative documentaries in Haiti, Standing Rock, and New York.

Russell is an Overseas Press Club Foundation board member, a frequent guest lecturer at colleges and universities, and he volunteers as an alumni mentor for students in the Brooklyn College Radio and Television department. But he spends the bulk of his volunteer energy working as the program director for the MVJ Mentorship Program. In that role he connects seasoned journalists with transitioning veterans to advance their careers, soften the civilian/military divide, and promote newsroom diversity.

Russell used the post-9/11 GI Bill to earn a master’s degree in investigative journalism from Columbia University, and is the recipient of a college Emmy, an Overseas Press Club Foundation award, and a Mark of Excellence Award from the Society of Professional Journalists.

He served as a combat correspondent in the Marine Corps from 2008 – 2012 working as a video producer for Marine Forces Europe and Africa and the NCOIC of the Parris Island Public Affairs Office. During his enlistment he held the rank of sergeant and was twice named an honor graduate of courses at the Defense Information School.

You can learn more about him on his portfolio site at www.russellmidori.com and follow him on Twitter @russellmidori.