Recruiting and hiring veterans is more than charity for media companies. Beyond diversity and inclusion, veterans bring unique capabilities, experiences and perspectives to journalism. There are also national incentives to hiring veterans, such as tax breaks for companies, and MVJ-sponsored fellowships that pay out salary percentages. Veterans make great employees and journalists. They have a healthy skepticism toward government, a knack for objectivity, and a commitment to integrity that can serve newsrooms well. Jeff Hall, National Employment Director for DAV (Disabled American Veterans) and Chris Newsome, Vice President of Candidate Aggregation for RecruitMilitary will discuss how companies can improve their work force by attracting and gaining former-military talent.

For Employers: The Wisdom of Hiring Vets

Presented by Disabled Veterans of America

A native of Goodland, Indiana, Hall earned an associate’s degree in fine arts from Vincennes University, Indiana in 1986. He also earned certification in the lawyer’s assistant program from Roosevelt University, Chicago, Illinois in 1994. He graduated from the management and leadership training program at Prince George’s Community College, Largo, Maryland in 1996.

Hall enlisted in the U.S. Army in 1988 and served as a member of B Company, 3rd Battalion, 41st Infantry Regiment, Tiger Brigade, 2nd Armored Division. On March 11, 1991, while serving in the Persian Gulf War, he was wounded when his vehicle struck an Iraqi anti-tank mine, resulting in concussion blast injuries to his lower and upper extremities. Following medical treatment and intensive physical therapy, Hall returned to duty and was honorably discharged in 1992.

In 2019, Hall was invited by the Secretary of Labor to serve as a member of the Federal Advisory Committee on Veterans’ Employment, Training and Employer Outreach (ACVETEO). ACVETEO is responsible for assessing employment and training needs of veterans and their integration into the workforce.

Hall is a life member of DAV Chapter 19 in Erlanger, Kentucky. He lives in Union, Kentucky, with wife, LeeAnne, and their three children. 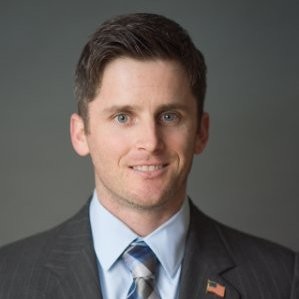 Chris Newsome, a Cincinnati native, served from June 2002 to June 2006 with U.S. Army’s 82nd Airborne Division. He served one deployment to Afghanistan and two to Iraq. Chris received the Army Commendation Medal for outstanding service during combat operations.

He currently serves as the Vice President of Department of Defense programs with RecruitMilitary. His primary mission is to provide all military/veteran men, women, and their spouses have access to employment resources and professional development.

Newsome is an expert in supporting the employment needs of America’s military men and women and improving the relationship between corporate America and transitioning active duty military, National Guard, Reserve forces, veteran, and military spouse communities.

His extensive work in delivering military-experienced talent to America’s top companies has prepared him well to speak to newsroom leaders about the value veterans bring to the table in a reporting environment.