Do you believe in quality, independent journalism that serves and empowers people? Are you looking for a journalism job with meaning? If your answer is yes, come join the Institute for Nonprofit News to learn more about this growing field and what it’s accomplishing from leaders including War Horse managing editor Kelly Kennedy and The Fuller Project CEO Xanthe Scharff. We’ll talk about what sets nonprofit news apart, ways the field is growing, the valuable perspectives and skills veterans can bring to the work and how to find and apply for jobs in nonprofit news.

CEO and Cofounder of The Fuller Project 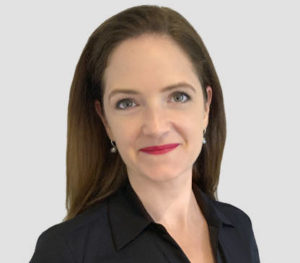 Xanthe Scharff, PhD, is the CEO and cofounder of The Fuller Project, a nonprofit organization dedicated to groundbreaking reporting on women worldwide that raises awareness, exposes injustice and spurs accountability. Under her leadership, The Fuller Project has evolved from a grassroots start-up to the global newsroom dedicated to reporting on women and publishing with leading outlets. Xanthe serves on the board of advisors of The War Horse, an award-winning nonprofit newsroom that supports military spouses and educates the public on military service, having herself been a military spouse during numerous 9/11 deployments.

Managing Editor of The War Horse

Kelly Kennedy is the managing editor for The War Horse. Kelly is a bestselling author and award-winning journalist who served in the U.S. Army from 1987 to 1993, including tours in the Middle East during Desert Storm, and in Mogadishu, Somalia. She has worked as a health policy reporter for USA TODAY, spent five years covering military health at Military Times, and is the author of “They Fought for Each Other: The Triumph and Tragedy of the Hardest Hit Unit in Iraq,” and the co-author of “Fight Like a Girl: The Truth About How Female Marines are Trained,” with Kate Germano. She is the only U.S. female journalist to both serve in combat and cover it as a civilian journalist, and she is the first female president of Military Reporters and Editors.