The interactive live discussion will help attendees to identify their niche, cultivate and serve a dedicated audience, develop a revenue portfolio, and sharpen their negotiating skills.

MVJ has spent the past two years helping veterans to build careers in established legacy newsrooms, but there is a growing understanding of how essentially our community needs journalism entrepreneurs to improve the diversity of media content. We need more of them to cater to underrepresented communities, and we need them to be able to earn a living through their ventures.

Jeff Jarvis will bring his visionary ideas to this webinar on how to shape, support, and serve this emerging, diverse group of “armies of one” by helping them with the complex process of carving out a sustainable niche for their product. 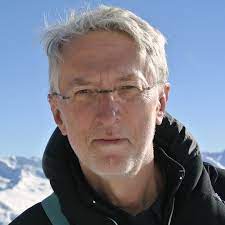 Jeff Jarvis is a national leader in the development of online news, blogging, the investigation of new business models for news, and the teaching of entrepreneurial journalism. He writes an influential media blog, Buzzmachine.com.

He is author of “Geeks Bearing Gifts: Imagining New Futures for News” (CUNY Journalism Press, 2014); “Public Parts: How Sharing in the Digital Age Improves the Way We Work and Live” (Simon & Schuster, 2011); “What Would Google Do?” (HarperCollins 2009), and the Kindle Single “Gutenberg the Geek.”

He has consulted for media companies including The Guardian, Digital First Media, Postmedia, Sky.com, Burda, Advance Publications, and The New York Times company at About.com.

Prior to joining the Newmark J-School, Jarvis was president of Advance.net, the online arm of Advance Publications, which includes Condé Nast magazines and newspapers across America.

He was the creator and founding managing editor of Entertainment Weekly magazine and has worked as a columnist, associate publisher, editor, and writer for a number of publications, including TV Guide, People, the San Francisco Examiner, the Chicago Tribune, and the New York Daily News.

His freelance articles have appeared in newspapers and magazines across the country, including the Guardian, The New York Times, the New York Post, The Nation, Rolling Stone, and BusinessWeek.

Jarvis holds a B.S.J. from Northwestern University’s Medill School of Journalism. He was named one of the 100 most influential media leaders by the World Economic Forum at Davos.